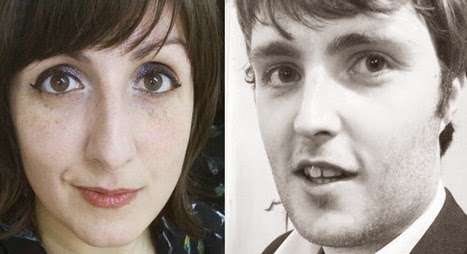 Mab and Johnny lay on quite the spread for their listeners at Waterloo Tea, this Tuesday, 21 October, with lashings of wine and nibbles on the tables.  Of course, there is much to celebrate.  This is the Cardiff launch of two excellent poetry collections, with Mab celebrating the release of her first book of poetry, Poor Queen, and Johnny promoting his first pamphlet, Chalk Outlines. 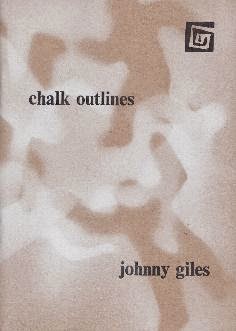 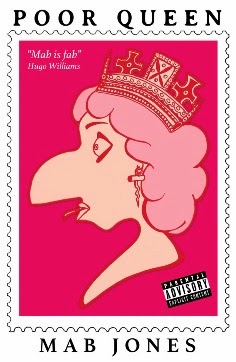 The publication of Poor Queen has been a long time coming, some of the poetry within it being over five years old.  Mab starts with a few of these older works, including “Beautiful Girl”, dedicated to Ogden Nash (and echoing his style), “Cardifference” and “No Maybe Baby”.  “I used to be obsessed with rhyming” Mab says.  It was interesting to hear the progress of the poetry over the years, from the bawdy, politically charged poems of earlier days on the burlesque circuit, into something a little more slower paced, more thoughtful.  She reads “Pulp Fiction”, which she claims she wrote in her sleep, just before last year’s Made in Roath:

Take your experience
And peel it. Pull back the skin
And drop it to the floor
Like a skirt.

Next, the pulp,
Firm and glistening as a heart.
Crush it.

Finally, find the pips,
As smooth and honest
As bullets. Swallow them,
Like medicine.

Writer, you are ready.

There are some particularly touching lines in ‘Millionaire’, which Mab has dedicated to Johnny – a poem worlds away from “Cardifference”.  “I love you because you choose millionaire’s shortbread from the cafe counter, and we both know you will never be a millionaire.”  Some of the more intimate lines are also pretty hilarious – as most of Johnny’s family are in the audience.

At just twenty-one, Johnny’s poems show an astonishing level of maturity, and cover a wide range of subjects – war (“I’ve read too much Wilfred Owen to glorify”), poetry, bankers.  He even covers the Myth of Orpheus, retold with a new protagonist – Jimi Hendrix, of course (“Eurydice, that fair Foxy Lady” – brilliant).

He also explores his battles with addiction and his breakdown last year, which are covered in his poetry with a staggering honesty.  “Good Fox, Bad Fox”, for example, has an Aesop’s fable feel to it – one fox succeeds, the other fails, although both suffer from the same temptation – hinting at the two paths which Johnny’s life could have taken.  Although sometimes cynical, there is a strong morality and heart to this poetry.  All in all, these two make a formidable poetic pairing.

Poor Queen is Mab Jones’ first book, published by Burning Eye Books, and is available on her website, here: http://www.mabjones.com/purchase